Waverley Avenue, Wembley, Middlesex HA9 6TA
Paper copies of policies and documents are available on request from the school office 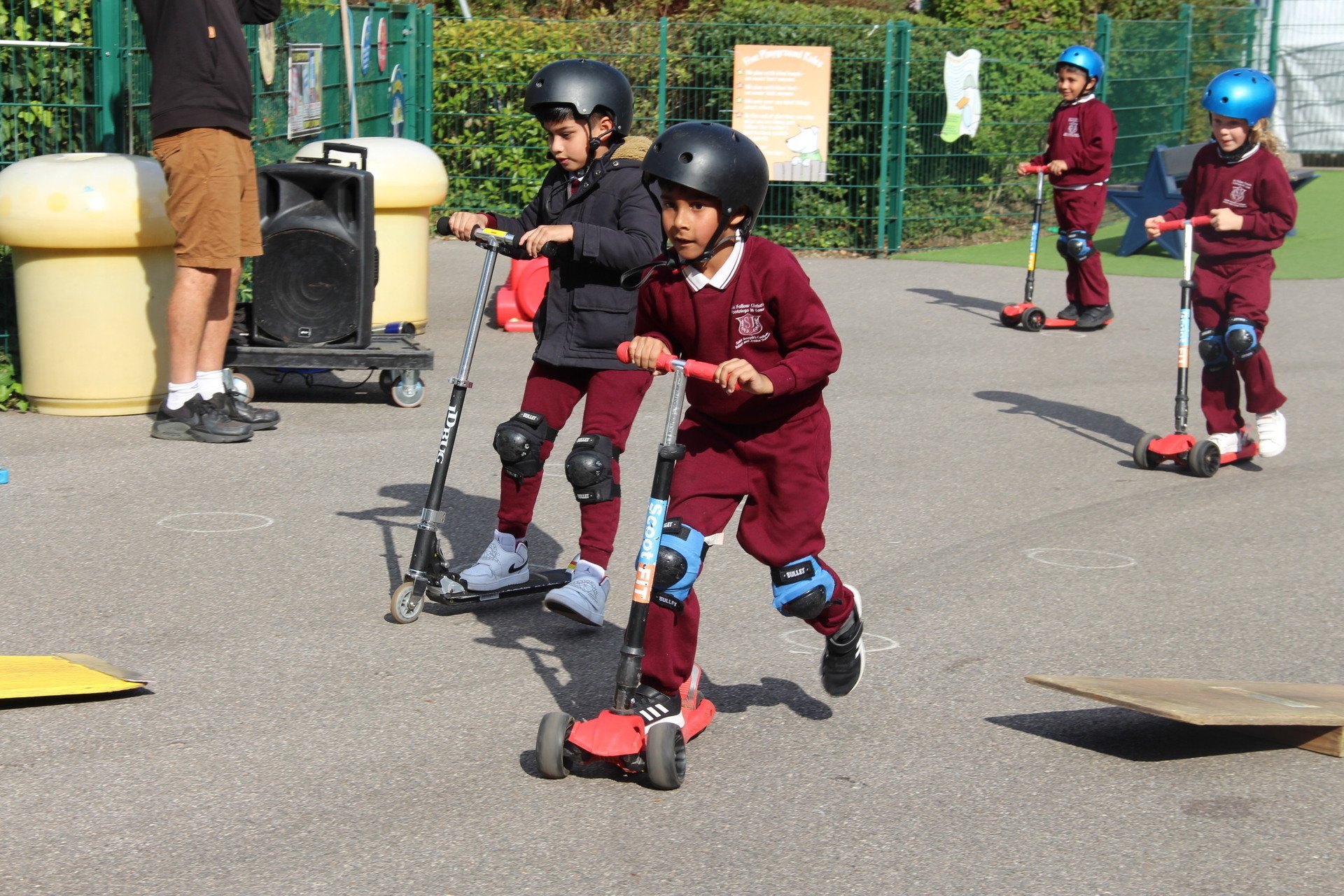 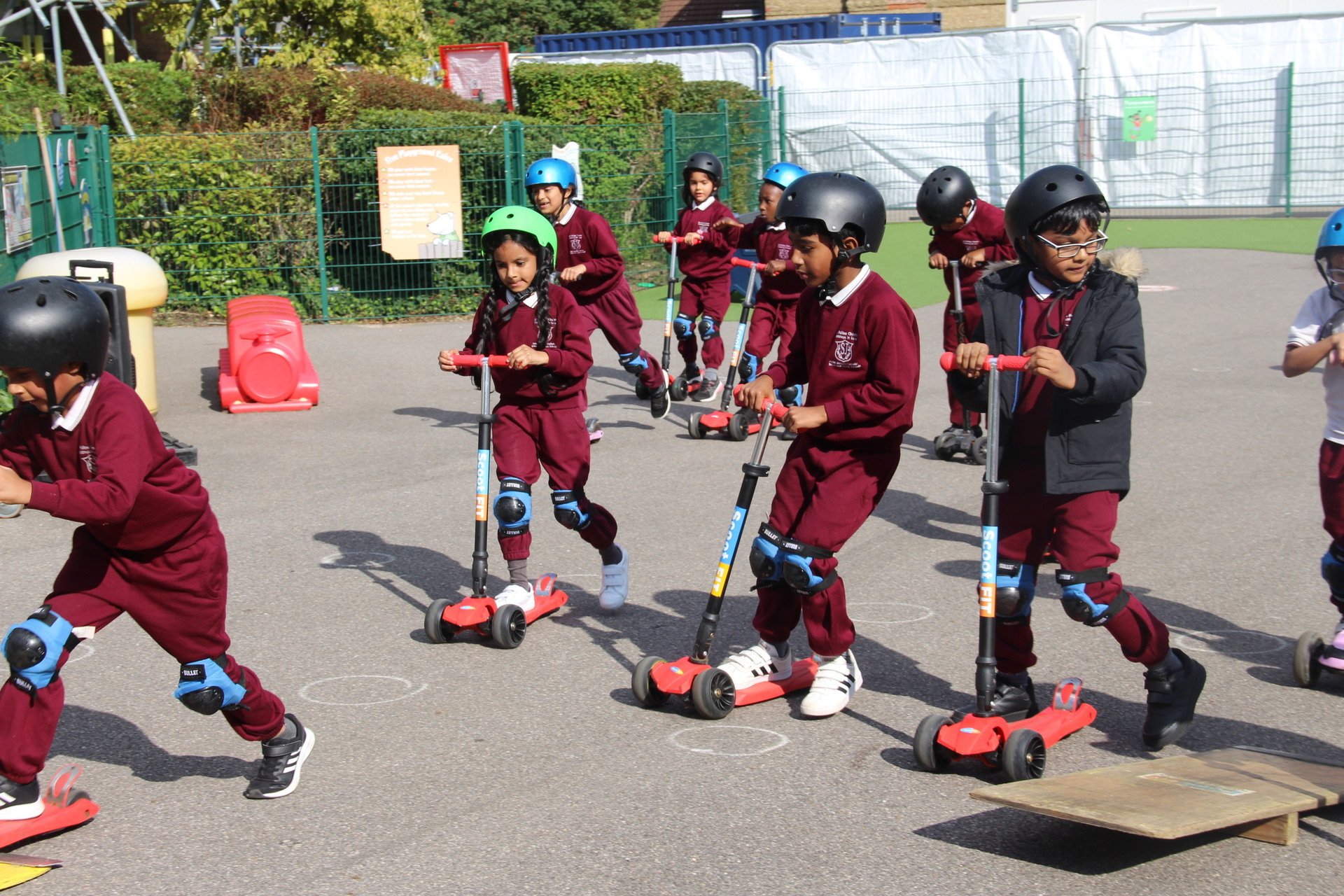 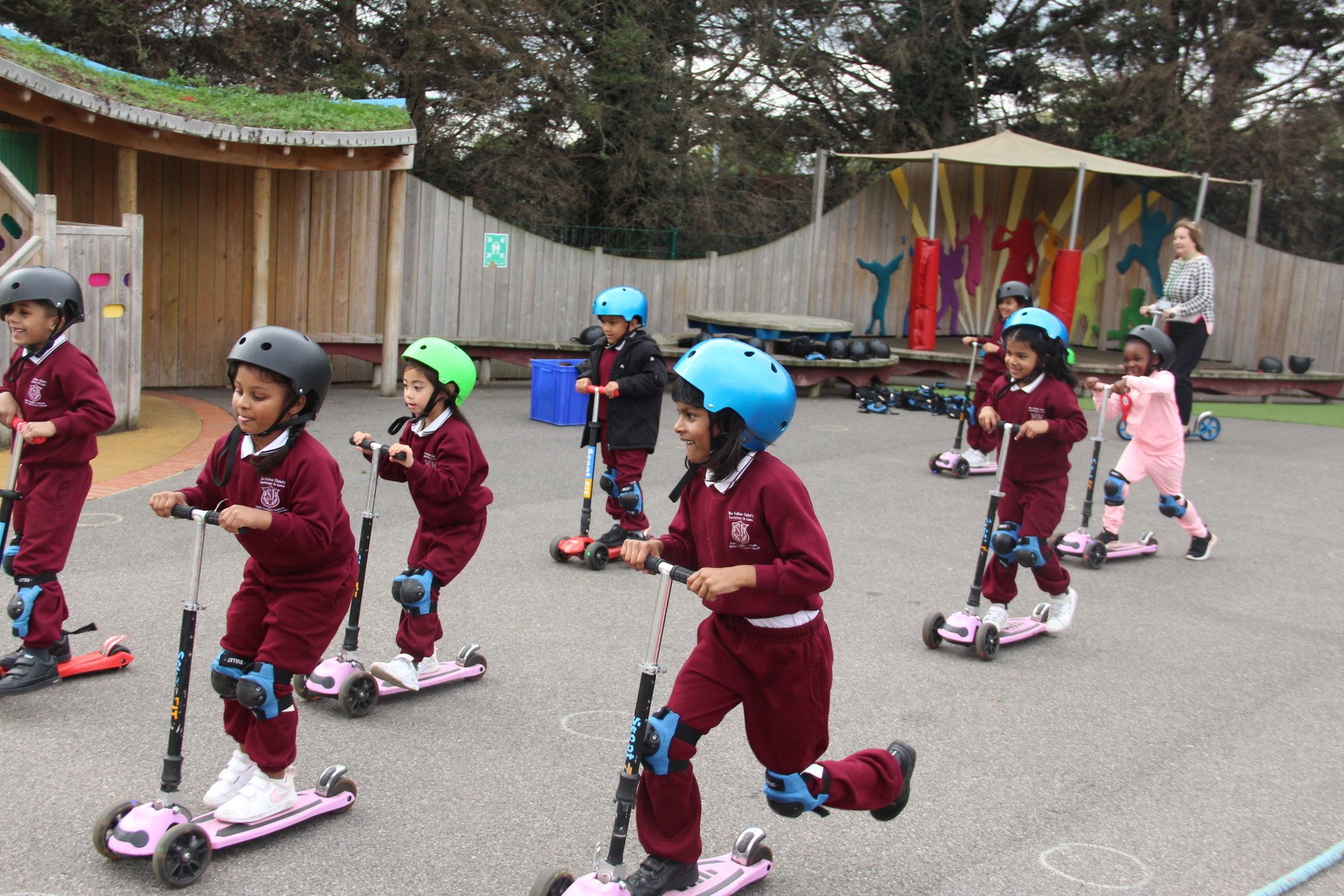 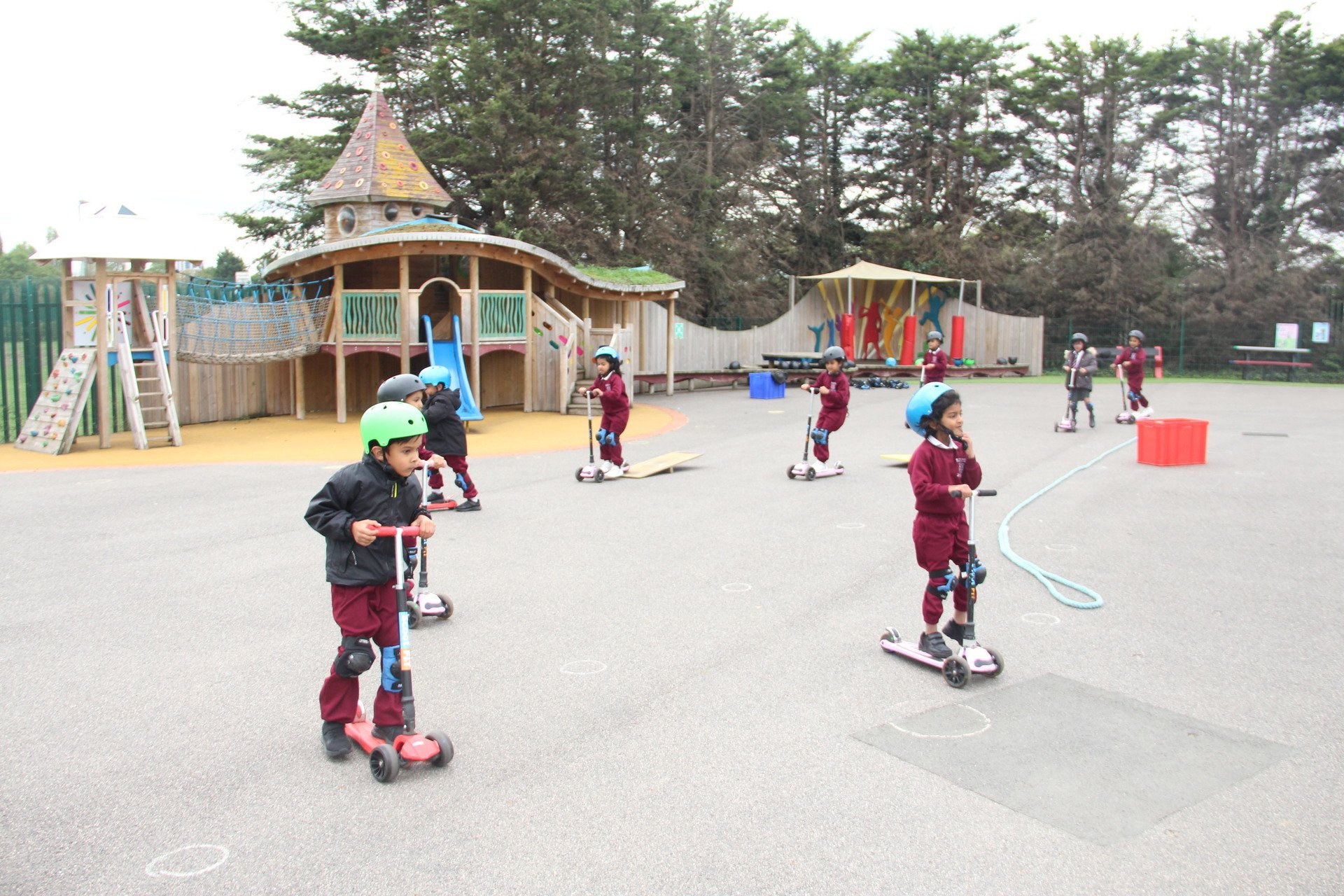 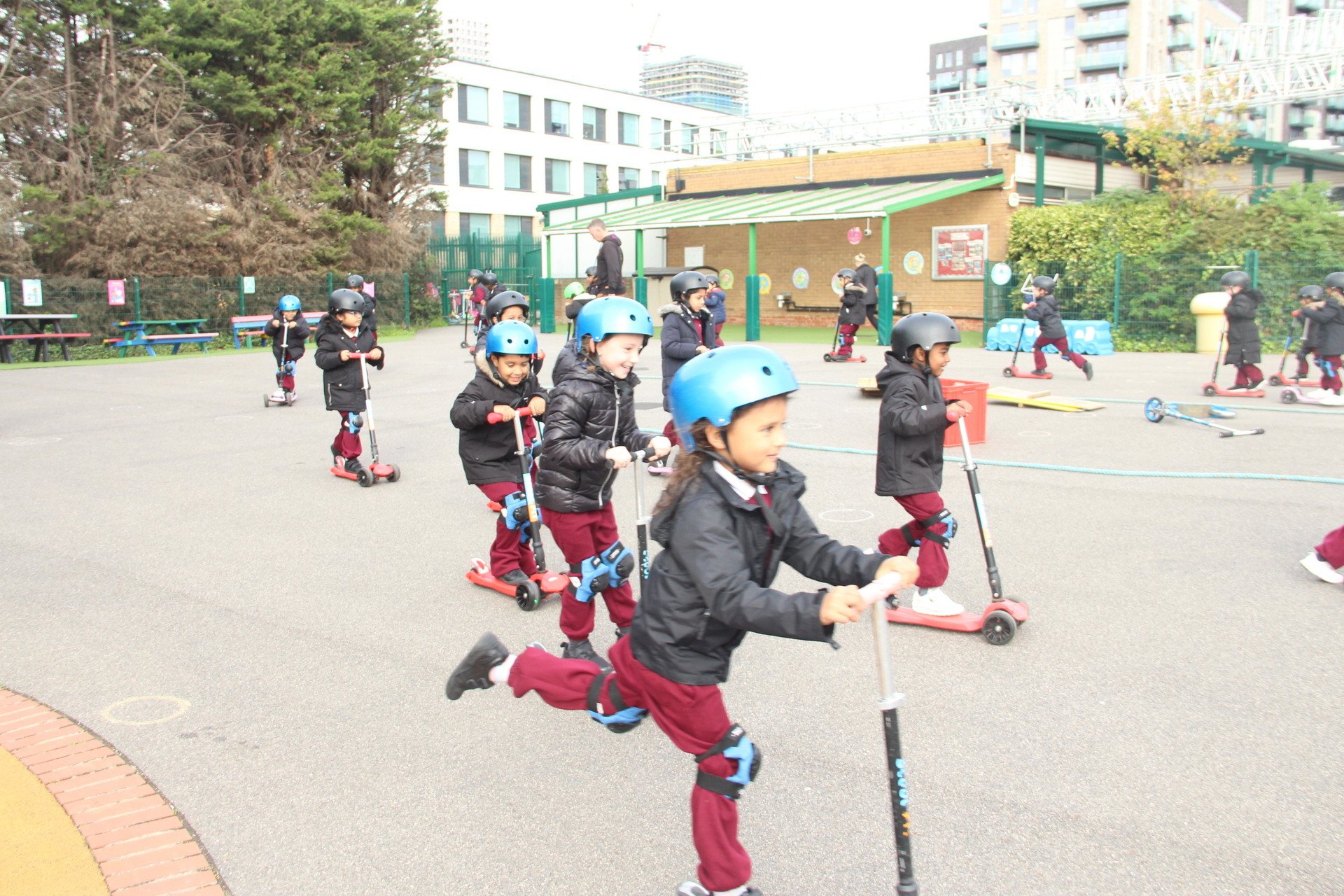 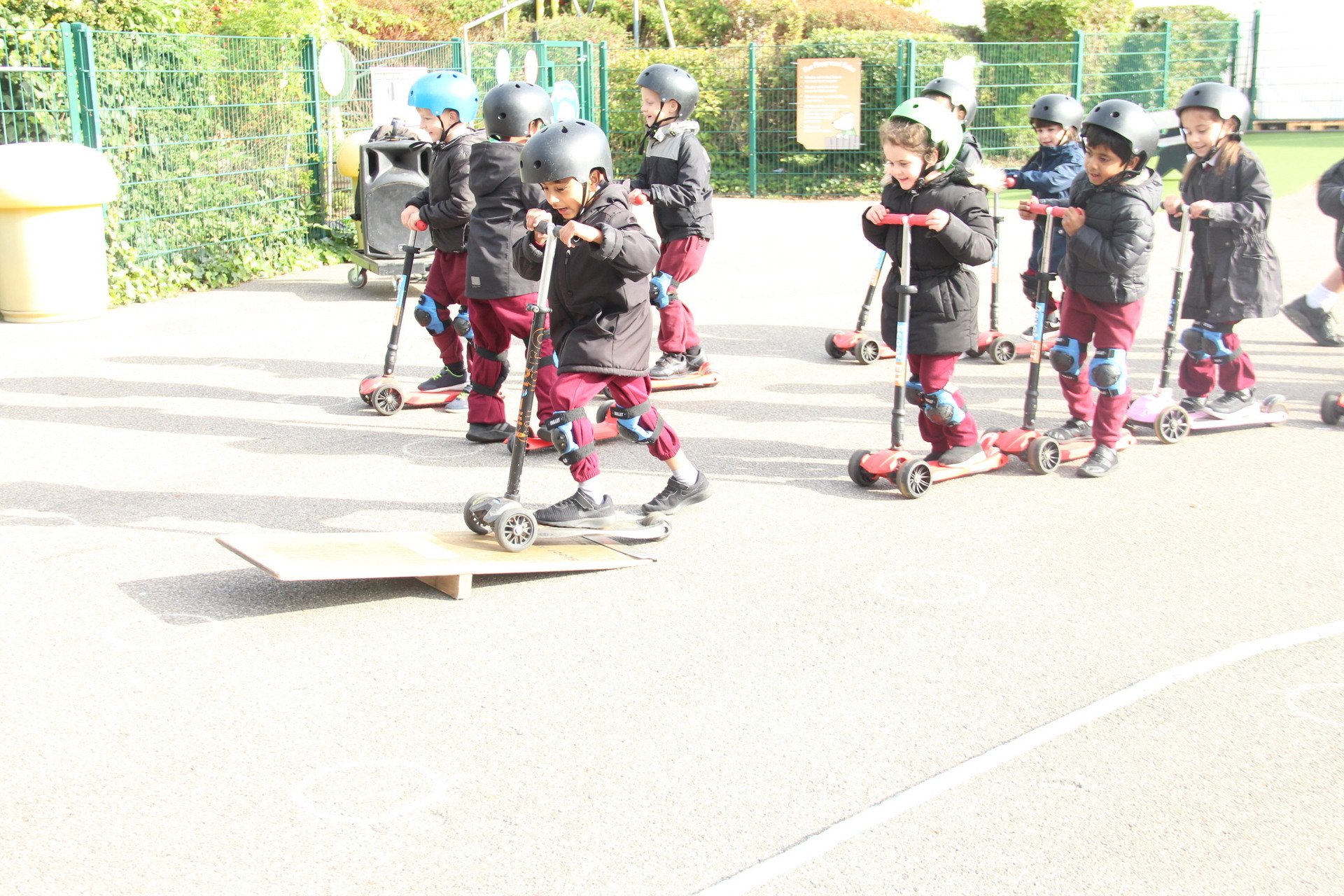 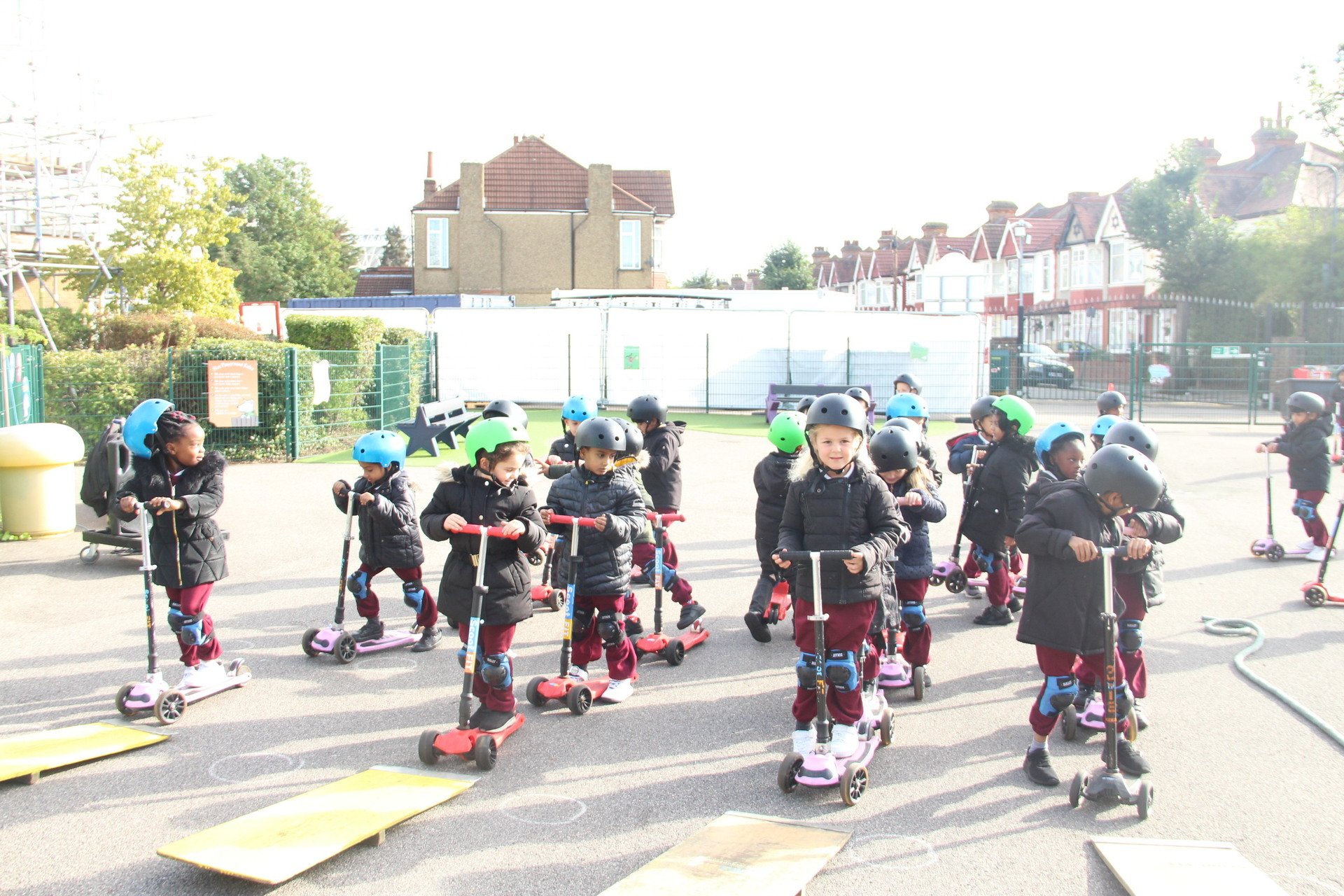 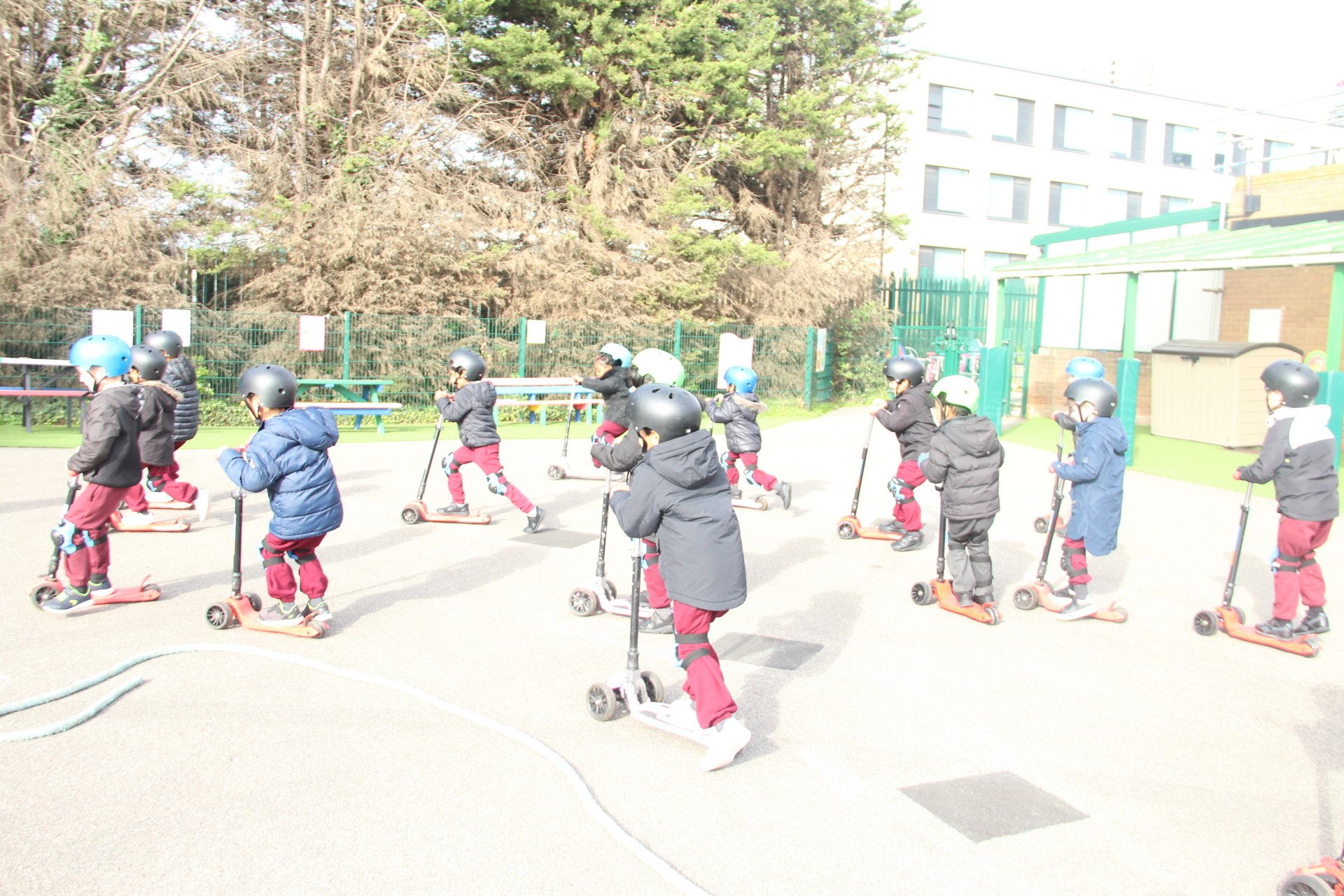 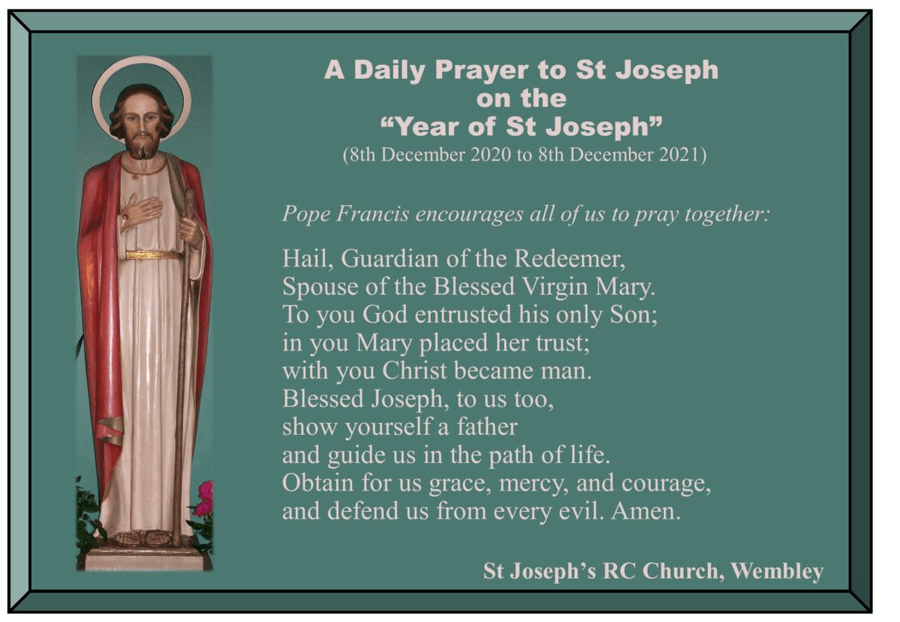 Joseph understood the importance of work. He was a carpenter—a builder—and probably taught Jesus his trade. Through his work, Joseph honoured the Father in heaven and continued the act of creation. He lived in dignity.

What we know about the life of Saint Joseph is contained in the gospels of Saint Matthew and Saint Luke. He has become known as the “Just man”.

The name foster-father of Our Lord appears in local metrologies of the ninth and tenth centuries. The first church dedicated in his honour was in 1129 in Bologna. Pope Sixtus IV (1471-84) added the feast of Saint Joseph to the Roman Calendar. Pope Pius IX placed the whole Church under the Patronage of Saint Joseph in 1870.

In 1989, Pope John Paul II reflected deeply on the life and witness of Saint Joseph in Redemptoris Custos “Guardian of the Redeemer” (q.v).

Among the saints known to have had particular devotions to Saint Joseph are Saint Bernard, Saint Thomas Aquinas, Saint Gertrude, Saint Bridget of Sweden, Saint Alphonsus and Saint Teresa of Avila.

As the Bible tells us, Saint Joseph was descended from the royal house of David. A village carpenter of Nazareth, he was chosen among all men to be the husband and protector of the Virgin Mother of Jesus Christ. To his loving care was entrusted the childhood and youth of the Redeemer of the world. He reveals to us the perfect model of Christianity through his purity of heart, patience, and fortitude.

Poor in worldly possessions, he was rich in grace. Devotion to Saint was fervent in the East from the early and has spread and increased. Today, Catholics of all nations honour him.

There are many stories about the miraculous intervention of Saint Joseph. One is a medieval account of how famine in Sicily was ended after a Novena to Saint Joseph. A more recent story is the mysterious “itinerant carpenter” who volunteered to build an architecturally unique spiral staircase in a convent chapel in Santa Fe, New Mexico, which is as sound today as when it was first and has never needed repair.

According to ancient tradition, Saint Joseph watches over and protects the Church. He is considered the model of perfect Christian life and the patron of a happy death. His patronage extends over the Mystical Body of Christ, over the Christian family and schools, carpenters, fathers, labourers, and all individuals who appeal to his charity.

His feast day is celebrated on March 19. 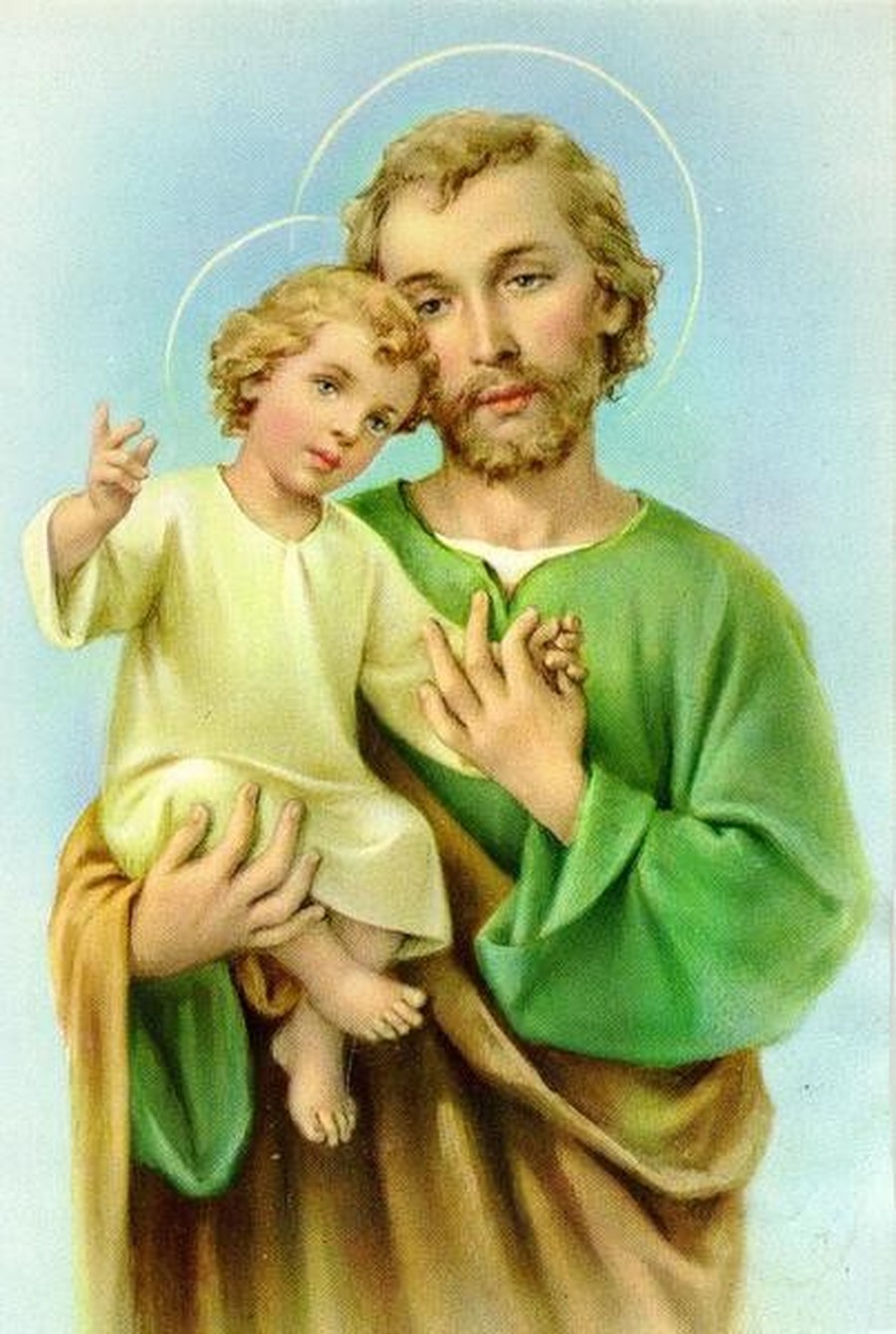 Waverley Avenue, Wembley, Middlesex HA9 6TA
Paper copies of policies and documents are available on request from the school office

We use necessary cookies to make our site work. We'd also like to set optional analytics cookies to help us improve it. We won't set optional cookies unless you enable them. Using this tool will set a cookie on your device to remember your preferences.

Necessary cookies enable core functionality such as security, network management, and accessibility. You may disable these by changing your browser settings, but this may affect how the website functions.